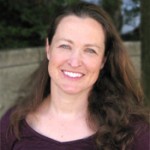 The achievement of BizCycle Gold certification was a powerful motivator for Paladino’s Seattle office during Bike to Work Month. Almost half the employees rode their bikes to work at least five times in May (a six percent increase from 2012!) Individual awards were presented to nine cyclists for their accomplishments, including most miles total or most trips by a new commuter.

Regular communication with staff and positive internal promotion, particularly around the BizCycle certification, ensured our success. An open forum kickoff breakfast at the beginning of the month generated excitement. Paladino’s most seasoned cyclists were there to encourage first-time riders to give bike commuting a try and answer pressing questions, such as “how do I access the bike racks?” and “how do I make that tricky left on Second Ave?”

Our new commuters reported positive experiences as they quickly learned the basics of bike commuting, including how to map preferred routes, what to wear, and where to lock their bikes. Overall, our company bike mode split went up from 31.9% in March to 38.1% in May, exceeding our BizCycle goal percentage.

Biking to Work Makes Sense for People, Planet and Prosperity

We can’t wait until next year’s Bike to Work Month so we can improve on our statistics and convert more employees to biking evangelists.