So much has been written about Millennials that we often overlook the role of Generation X, those people born between 1961 and 1981. Millennials want to change the world, while Xers are deemed to be disengaged.

Take climate change. “Most Generation Xers are surprisingly disengaged, dismissive or doubtful about whether global climate change is happening and they don’t spend much time worrying about it,” said Jon D. Miller, author of  “The Generation X Report.”

But hold on a minute. President Obama is an Xer and so is Larry Page, CEO of Google. They aren’t exactly slouches. So who are we? We’re the generation that’s stepping into leadership roles being vacated by the Baby Boomers who are retiring in droves.

Profile of an Xer

Being an Xer myself, I’m not too surprised by the findings about climate change. And I’m slightly embarrassed to admit that one of the reasons I care about sustainability is an act of contrition to the years in the 80’s when I aided the depletion of the ozone with my affection for hair spray.

But to understand why Xer’s aren’t jumping up and down to create radical change, you have to first understand who we are.

But Xers don’t care about that. We’re used to not having a lot of attention. We grew up with really busy parents, and, most likely, divorced parents. They didn’t make it to every practice. Why? Because if you weren’t really good at something, like being the star pitcher, your parents didn’t have the time to come and watch you play for three minutes.

We were taught that you have a chance at being spectacular but don’t count on it. We grew up and came of age when it became evident that things didn’t always have a happy ending.

We witnessed the aftermath of Vietnam (the first war we didn’t win), Watergate (showed us that public servants serve themselves), gas crises (remember long lines for gas), cold war (that button could be pushed at any moment and end it all), HIV/AIDS (a pandemic that was charged with social injustice), the president get shot (we’re not so safe), the Space Shuttle explode (our technology is not so perfect), and the dot com bust (greed isn’t so good).

We watched our parents get laid off from companies they were extremely loyal to.

We entered the workforce and survived three recessions, and have become accustomed to change and lack of permanence. Unfortunately, many Gen Xers who got hammered in the last recession still haven’t recovered and are pessimistic about their future prospects.

We’re viewed as apathetic. But that’s not who we really are.

A Business Insider study found that a majority of the respondents (70%) agreed that Gen Xers are the most effective managers compared to managers from the Boomer (25%) or Gen Y (5%) generation. Members of Gen X scored the highest when it comes to being a “revenue generator” (58%), possessing traits of “adaptability” (49%), “problem-solving”, (57%) and “collaboration” (53%).

We learned self-reliance and independence from an early age. We learned to crave change and taught ourselves to be innovative through the ability to look for alternative and better ways of doing things.  We learned to be realistic and pragmatic and to achieve real, tangible results.

We were the first ‘techies.’ Sorry, Millennials, we were texting long before you came around, albeit on beepers. Larry Page and Sergey Brin, founders of Google, were certainly ahead of the technology curve. That’s why it’s not a smart idea to put labels on Xers – or any generation, for that matter.

Sustainability leaders would be wise to harness the strengths of Xers. Gen X and Gen Y will be working together for years to come. Each generation brings unique strengths that can be leveraged in service to a sustainable planet.

Leaders need to appeal to Xers by focusing on what we care about and then use our abilities to create solutions to climate change. Appeal to us by targeting who we are.

We’re used to stepping up and getting it done. Engage us in the call to action by focusing on our resourcefulness. We’re independent and we’ll find ways to lessen our dependence on fossil fuels.

We believe in transparency and authenticity. We can drive GRI reporting and get data out there to judge who is committed and who is faking it. We have no issues with letting go of ‘how things used to be done.’  We value the differences others bring to the team and genuinely believe diverse views are important in achieving results.

So instead of ignoring us and focusing only on Millennials, who are the most socially conscious generation ever, engage us as their leaders to teach them a thing or two about getting it done. 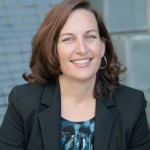