I recently attended the opening ceremony of The Tower at PNC Plaza in Pittsburgh, and was just blown away. I experienced an operable skin, a solar chimney, a park in the sky, wood clad porch doors, good day indicators, collaboration space everywhere, and The Beacon, an iconic installation that presents energy data so fantastically that everyone who sees it wants to know more!

“How did we do it?” I wondered. Every team member shares the same story – this project changed their life. It is such an advancement for all of us – and the sustainable real estate movement deserves a deeper look. 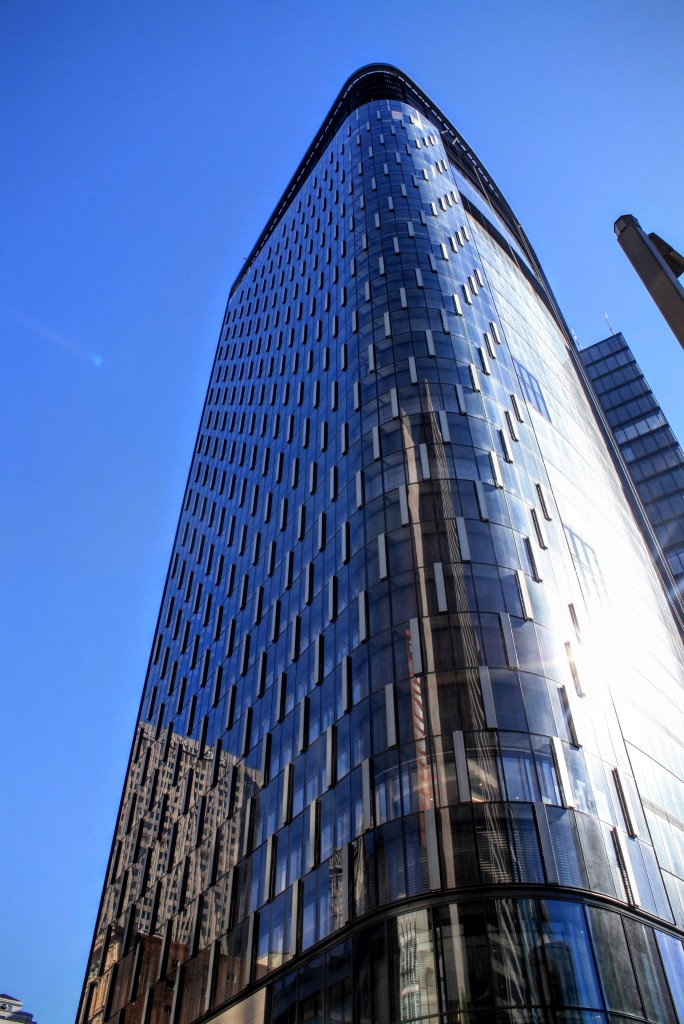 I remember a transformative meeting in 2010. PNC executive vice president and director of corporate real estate, Gary Saulson, gave it to us straight: “This building will go beyond LEED and be the greenest skyrise in the world. Our budget is 400 million dollars and we’ll open in 2015. Any questions?”

It was ridiculously simple, and at the same time, a challenge in its aspiration.

Recall the commercial real estate market in 2010: DOA. This project was not only HUGE, it was AMBITIOUS. And we had no idea how to measure the goals of “world’s greenest” as applied to a skyrise.

I can see now how brilliant the guidelines were, given the context. PNC had been delivering green buildings for over a decade. The design and construction team had long, seasoned experience together. Pittsburgh has led the nation in green building construction. And PNC has high aspirations to compete in the financial services industry at the global level.

In summary, a veteran leader challenged an experienced team to put together a seminal project in a city that expects the best. It was the boldest of moments.

After the initial giddiness passed, the team struggled. By what measure would we be greenest? Who was the competition and what had they done? Did it really work? What’s the difference between skyrise and high-rise?

After much research and soul searching, a few things became clear. The solution would need to: 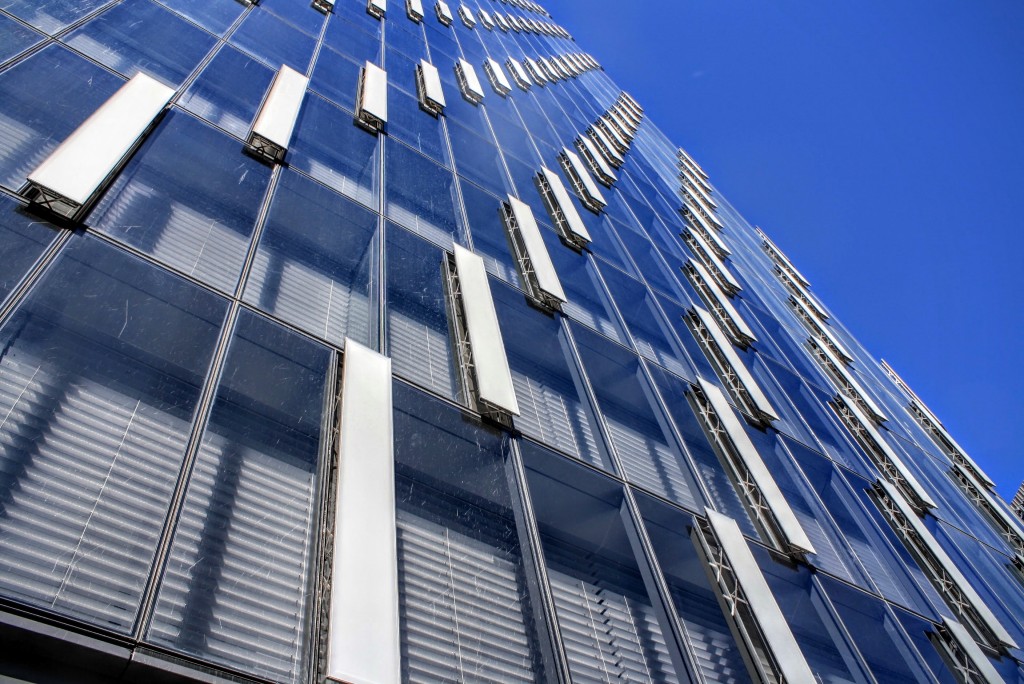 That was the first aha moment for the team: LEED shifted from being the purpose of the green building program to being one of the desired results. We moved to a higher purpose, creating a headquarters that would serve PNC as another tool of the business.

A building can attract talent by being the most progressive workplace ever. Think about it: by 2018 it is estimated that more than 50% of the US workforce will be Millennials. What would be attractive to a highly social, digitally native, and an environmentally conscious work force?

Something like the ‘living room’ that now joins every two floors of the building; or a five-story indoor park with views of downtown Pittsburgh; art on every floor from a particular PNC market, connecting the bank to the communities it serves; and a cafeteria that prioritizes health and that features a terrace for outdoor dining. This place is fit for purpose. 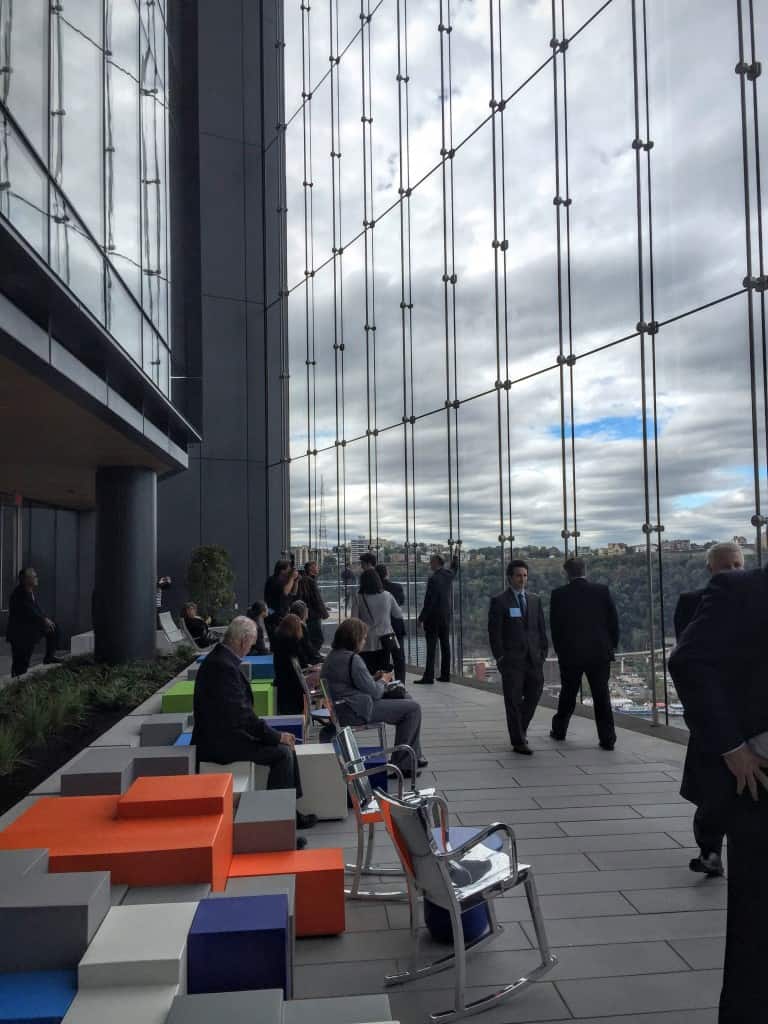 How many other corporate headquarters are so innovative, reducing their carbon footprint through a double-skin façade and 500 foot tall solar chimney?

The Tower is also expected to reduce PNC’s energy costs by more than 50% and to increase employee productivity – as we’ve seen in hundreds of PNC precedent projects, and validated by academic grade research.

This performative approach was the second aha moment for the team; if we looked hard enough, there were a host of measureable results that the guidelines suggested, but did not dictate. Our team, through iteration, arrived at the right results for PNC – for this building, at this time and in this location.

By setting a lofty goal for a highly motivated and experienced team, the client redefined what was possible. We were free to dream big as long as we could validate the results. Our canvas became bigger, the data continuum expanded, and our thinking became divergent.

There was no roadmap for success, just the audacious goal of being ‘the greenest skyrise in the world.’ We had to work together to define the desired results, or we would never escape the integrated, iterative design loop.

So simple, and so powerful. That’s what I learned from the incredible leadership on The Tower at PNC Plaza. 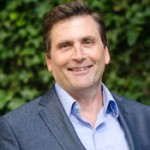 A nationally recognized leader in sustainability, Tom Paladino is the founder and CEO of Paladino and Company.