The USGBC recently announced an extension of the date to register projects under the LEED 2009 rating system until October 31, 2016. This is nearly three years  after initial release of LEED v4 at Greenbuild last year.

While the registration date has been extended, the last day projects can submit for certification, also called the sunset date, remains the same: June 30, 2021.

There are a number of LEED users out there that are likely applauding this announcement. According to the USGBC press release, roughly 61% of those polled at Greenbuild in New Orleans last month said they are “not ready” or “unsure” if they are ready to pursue LEED v4.

In some ways, this makes a lot of sense to me as someone who has already invested time and money into learning the existing rating system and does not want to turn around and do it all over again; to many, change = cost. The flip side, however, is that delaying adoption of v4 means project owners are losing out on years of LEED improvements that makes the rating system easier to use during design, easier to implement in the field, and simpler to document for certification.

Many criticisms of LEED come from those who have only ever used LEED 2009. They say that some credits in LEED 2009 are giveaways, others require too much documentation, and still others require busy work to prove small benefits. These complaints certainly indicate that parts of the 2009 rating system and its suite of tools have not aligned with the values of the industry, nor provided a smooth certification experience.

Having used the LEED v4 on our new corporate HQ, we can say that the rating system has improved dramatically. The LEED v4 documentation required to achieve many of the points now helps you design and build better buildings. Material standards and specifications now address employee health and well being much better than the 2009 standard as you will finally know what “ingredients” you are bringing into your building.

The energy standard uses ASHRAE 90.1-2010, which likely aligns to your local code better and means you won’t be spending time documenting to two different standards; one for LEED and one for code compliance. Credits that help you achieve certification but provide no benefits are no longer present.

All change requires some adjustment. It is worth the time to learn all the bells and whistles of a new smart phone, for example, because the new features provide additional benefits on top of the ones you enjoy in your old phone.

Similarly, LEED v4 changes are less about how you use the tool and more about the benefits of going through the process of upgrading. So if you are a heavy user of LEED 2009 now, much of the learning that you invested in 2009 will roll forward into the next version of LEED.

I would encourage you to take a thorough look at v4 and adopt it ahead of the 2016 deadline if you’re more interested in finding the value of LEED and less concerned about reaching a specific certification level (Silver, Gold, etc.).

You’ll be pleasantly surprised to find that the changes will make it easier for you to bring meaning to the certification experience and you’ll be better able to communicate the benefits and outcomes of your building through the latest rating system.

The real difference in registering for LEED v4 now is that you will be able to make better decisions, at the right time in the design process, to produce  performance outcomes that are meaningful to your organization. With those benefits, why would you wait to pick up LEEDv4 until 2016? 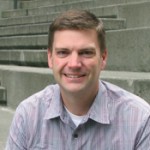