San Francisco has taken a step forward in green building policy. Last week, new legislature was passed requiring all new buildings up to 10 stories to install rooftop solar panels. San Francisco, being a coastal city, is already feeling the effects of climate change. The new law will go into effect January 2017 in an effort to meet the city’s ambitious goal of using 100% renewable energy sources by 2020 to curb its climate impact.

While similar laws exist in smaller California towns, San Francisco is the first major city in the world to pass such a law. The new ruling takes advantage of the often underutilized square footage of building rooftops while providing energy to the entire building. Owners have a choice between the use of solar photovoltaic (electricity generating) cells or solar thermal panels (heat generating).

According to the California Climate Change Center, the sea level along the California coast has risen eight inches in the past century. Oceans will rise up another 8 inches in the next 20 years, and 19 inches by 2050. The San Francisco Bay Conservation & Development Agency (BCDC) recommended in its guidance policy analysis of a sea level rise allowance of 16 inches by 2050 and 55 inches by 2100 be used by applicants for bay front development.

So the new policy is a smart move and an environmental win, but how do developers and building owners feel about it?

According to NPR, there have been mixed reviews. San Francisco is already burdened by numerous development hurdles that make new construction difficult. But for building owners and stakeholders who value efficiency, the policy is a direct road to achieve improved operational performance and cost savings.

San Francisco will act as a model for future cities to pass laws that reduce our environmental footprint, maximize use of space in our buildings, and advance technical capability in renewable energies. What do we hope to see next? For buildings larger than 10 stories, we hope more solar incentives emerge for commercial buildings, similar to those currently available for residential developments.

The climate change threats to the bay area coastline elevate the city’s sense of responsibility to do its part to rectify its impact on the environment by reducing carbon emissions. We’ll keep our eye on San Francisco and hope that it inspires other cities into action. Every measure like this puts us steps closer to achieving our climate action goals, 100% renewable energy future, and mitigation of the climate change impact on San Francisco. 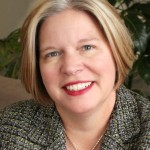