The adoption of transit-oriented development is spreading rapidly throughout the country. This emergent community development type is not only changing the character of cities but is having a large impact on the development of multifamily housing projects. The growing market demand for this type of housing, coupled with the increasing infrastructure investments, has created a surge of development with lasting potential and positive results for all stakeholders. 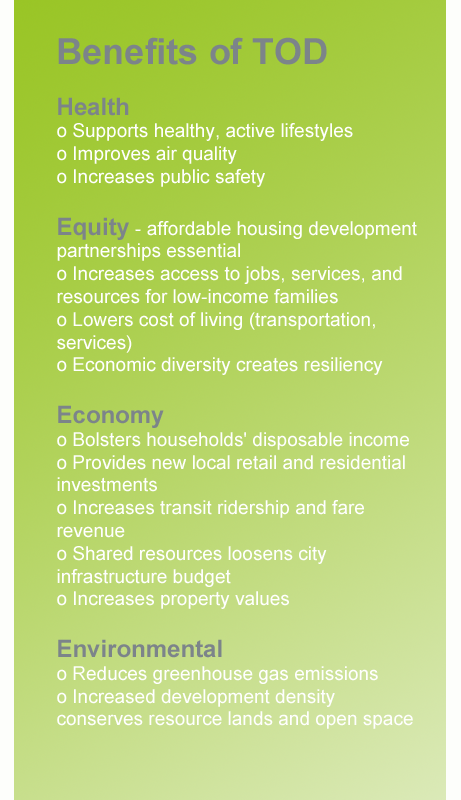 Transit-oriented development, or TOD, is characterized by a mix of building uses and close proximity to public transit. The most successful developments provide many different housing options with easy access to jobs, retail and other services in a dense, walkable neighborhood.

So why is the market commanding this form of development? In an article for Smart Growth America, Jay Corbalis, of the District Department of the Environment, points out that “studies continue to show Millennials place a higher value on connectivity and walkability than car ownership, and are driving less than previous generations.”

Many others, including empty-nesters, also are preferring to enjoy the car-free, urban lifestyle, while living in a safe, walkable neighborhoods with shopping, entertainment, restaurants and workplaces all within close reach or a short ride away.

Reconnecting America, a national nonprofit that integrates transportation and community development, states that “successful TOD provides people from all walks of life with convenient, affordable, and active lifestyles and create places where our children can play and our parents can grow old comfortably.”

In addition to the market demand for TOD, this development pattern is also desirable for municipalities. An increase in public transit usage will increase fare revenue and reduces vehicle miles traveled. As a result, air quality increases and road building and maintenance costs decrease. Density also consolidates city services – such as waste pickup, street cleaning, and snow removal – and decreases costs of new infrastructure in previously undeveloped areas such as water, sewer and health/safety services.

The Challenges of TOD Developments

Although there are many benefits to be realized, creating a successful TOD is challenging. A mix of uses and proximity to transit doesn’t automatically result in attaining the diversity of benefits described above. Projects must be well integrated with the transit station and the local community. They are also unconventional and can be expensive to build.

One of the most important challenges to achieving a successful TOD is maintaining affordability in the neighborhood. Increased property values and higher demand for housing than what is available may lead to squeezing out lower-income families and preventing easy access to jobs and services, a result of TOD, from the ones that need it most.

Melinda Pollack, Vice President at Enterprise Community Partners, helped build the first generation of tools to support equitable housing development around transit. She understands how important TOD can be to helping lower income families. “Most households may spend 60% on housing and transportation so when you implement strategies that reduce the cost of living in both areas you can have a larger impact,” Melinda shared.  She indicated that affordable TOD is also about more than just reducing cost of living but also “provides access to employment opportunities, creates community rich environments, and improves physical and mental health of residents.”

The Puget Sound Regional Council is also working to enhance affordability and community cohesion in the Seattle area through TOD.  Ben Bakkenta, a Program Manager with PSRC who led the development of the Growing Transit Communities program, emphasizes a goal to “be more deliberate about making sure that existing residents and all income levels will benefit for the long term.” Ben points out that in addition to the affordability of these units, it’s important to maintain a diverse unit mix – the current trend is only developing micro-units, studios, efficiencies, and one-bedroom. “Where’s all the family housing?!” he asks.

A Case Study for TOD

Pacific Park, a large mixed-use project currently under development in Brooklyn, NY, demonstrates many TOD characteristics. Located adjacent to nine NYC metro rail lines and the Barclays Center entertainment venue, the master plan includes over 10 high rise residential buildings, each with a variety of uses integrated into the lower levels. The site will include a healthcare facility, school, and variety of retail and other services. In addition, a new public park will surround and flow in between the buildings.

Perhaps the most critical component to the project, however, is the wide range of income levels supported by the integration of affordable and medium income units throughout. Without this component, the neighborhood would lose its established culture and diversity.

Understanding all of these market demands, benefits and challenges will inform how multifamily housing development is impacted by the growing TOD trend. Many communities have recognized the value to changing their community development patterns and identified some of the hurdles to implementing successful TOD. As a result, cities, regions, and states across the country have established development incentives to assist with property acquisition, planning, or construction and implementation of TOD. Many of these programs are focused on the integration of affordable housing in order to maintain economic diversity and equitable access to jobs and services.

Another impact on multifamily developers is the way that TOD changes the site selection criteria. Proximity and integration with transit is obviously a crucial criteria. Walkability and a mixture of uses now also play a more prominent role in finding the right site. Individual building designs are also influenced. Projects require less parking, a building scale that fits with surrounding context, and a façade and streetscape designed to engage and interact with pedestrians, bicyclists and transit.

How Cities are Embracing TOD 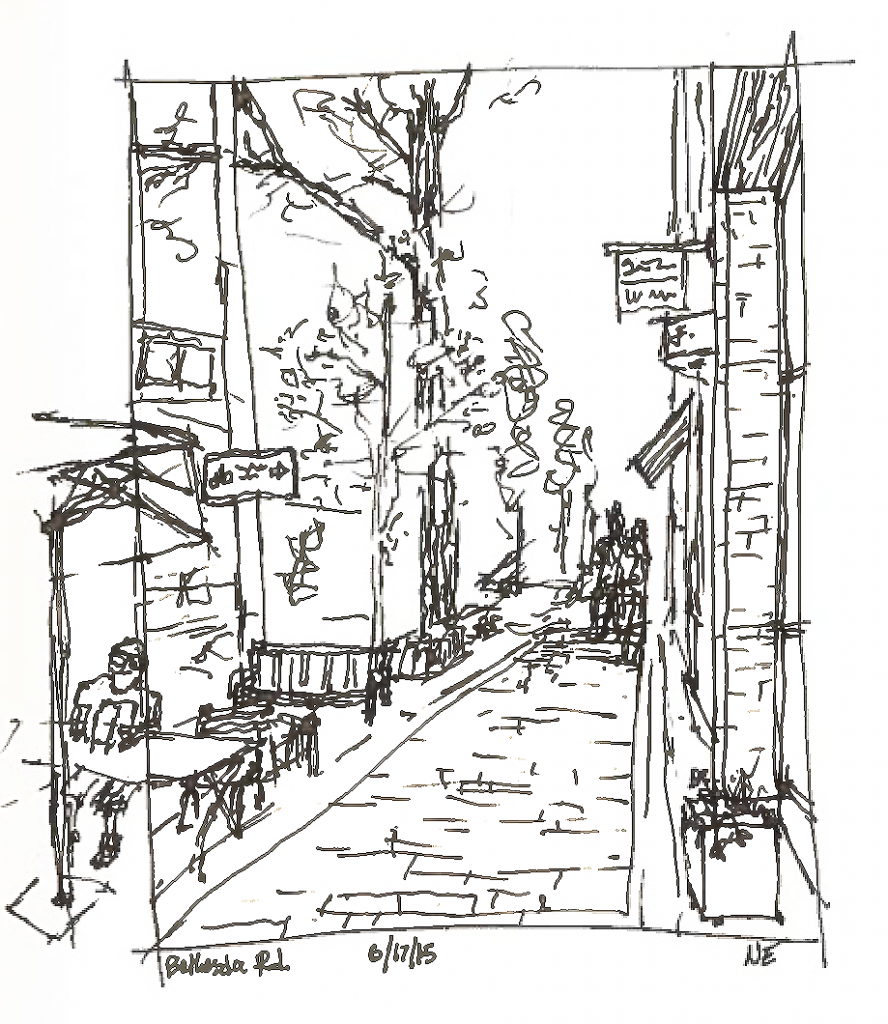 A sketch of a “walkable” TOD neighborhood in Bethesda, Maryland

To this point, only a handful of cities are fully engaged with supporting and implementing TOD strategies but it won’t be long before others follow suit. For these neighborhoods, there is a certain efficiency cycle generated. “Housing options near transit make for stronger economies and stronger transit operation,” Pollack indicates.

David Gaspers, a senior city planner with the City/County of Denver, was a key contributor to the development of a city TOD Strategic Plan produced in 2014. The document, titled Transit Oriented Denver, describes the importance of shifting to adjust to national trend of people living in mixed-use communities but also points out that “if you look at historical development patterns throughout history, walkable neighborhoods are the most successful.”

Bakkenta, with PSRC, said that the best scenario is to think of transit-oriented communities, not transit-oriented developments. Once each community is connected they can  take on their own character and diverse services, providing a range of neighborhood options to local residents.

This trend looks to have a lasting impact. Gaspers indicates that TOD will only continue to escalate due to the expansion of transit in cities since it is “simply a private market reaction to a massive public investment,” and adds that “there is a certain population in Denver and all other cities that want to live in an urban, walkable neighborhood.  The development community has caught onto this need and development will continue until this need is met.” Bakkenta concurs and adds that, in Seattle, “we can’t build fast enough here.”

With the market demand and investments in public transit by cities across the nation both increasing steadily, TOD looks to be here to stay. Typical multifamily housing projects will no longer just be focused on location, parking availability, leasing rate, and unit square footage. A new standard will emerge that considers a blend of uses and incomes, emphasizes healthy, active lifestyles, and supports a variety of transportation options – car sharing, electric vehicle charging stations, bicycles, ride-sharing infrastructure, transit boards, and very limited traditional parking.

The multifamily development landscape is changing.  To stay at the forefront, developers should embrace the change and leverage the growing amount of resources and incentives available.  Transit-oriented development meets the demand of residents, provides profitable projects to developers, and benefits the community as a whole.  Sounds like a win-win-win. 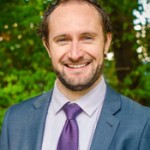